Qatar’s hotel scene is set to boom in the coming years, according to new research from Knight Frank, thanks to the government’s tourism-focused outlook and major sporting events such as the 2022 World Cup and FIFA World Cup. Asia 2023.

At the start of the year, Qatar had around 30,000 keys, and by the start of the World Cup next month (which is expected to attract 1.5 million visitors), that number will have increased by another 3,800 keys. .

Beyond the biggest and biggest sporting event in the world, Qatar’s hospitality sector is not expected to hold back its growth. By 2030, the country’s hospitality industry is expected to grow by 12% to reach a total value of $55 billion per year, contributing 12% to Qatar’s gross domestic product.

“While there is palpable excitement in Doha ahead of the FIFA World Cup, for the country’s hospitality sector the best is yet to come. Indeed, with nearly 27,000 hotel keys expected to be delivered over the next 3 years, there will be a phenomenal shift in Qatar’s hotel supply by the end of 2025,” said Faisal Durrani, head of research at Knight Frank in the Middle East.

“The near doubling of capacity to over 56,000 rooms will take place in a post-World Cup environment and comes as the country prepares for an expected influx of visitors.” 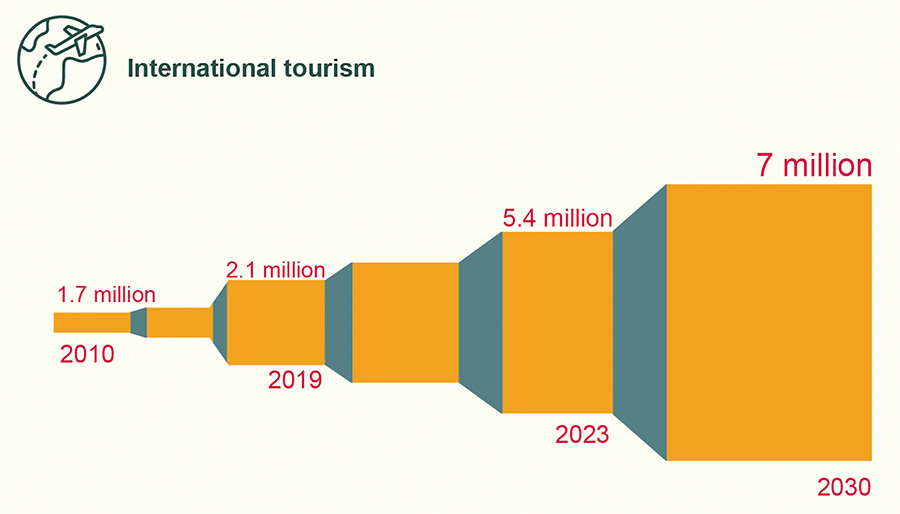 By 2030, tourist arrivals are expected to reach 7 million, with the majority of tourists viewing Qatar as a luxury destination. According to Knight Frank’s analysis, 69% of hotel rooms in Qatar today are rated 4 or 5 stars, a mix that is unlikely to change much in the coming years.

“Like other markets in the region, the focus is on the higher end of the price range,” said Turab Saleem, Knight Frank Middle East hospitality, tourism and leisure manager. .

Qatar is also building a thriving amusement landscape that will attract tourists, such as the new Winter Wonderland and Aquatar on the island of Qetaifan (which promises to offer the world’s tallest waterslide). 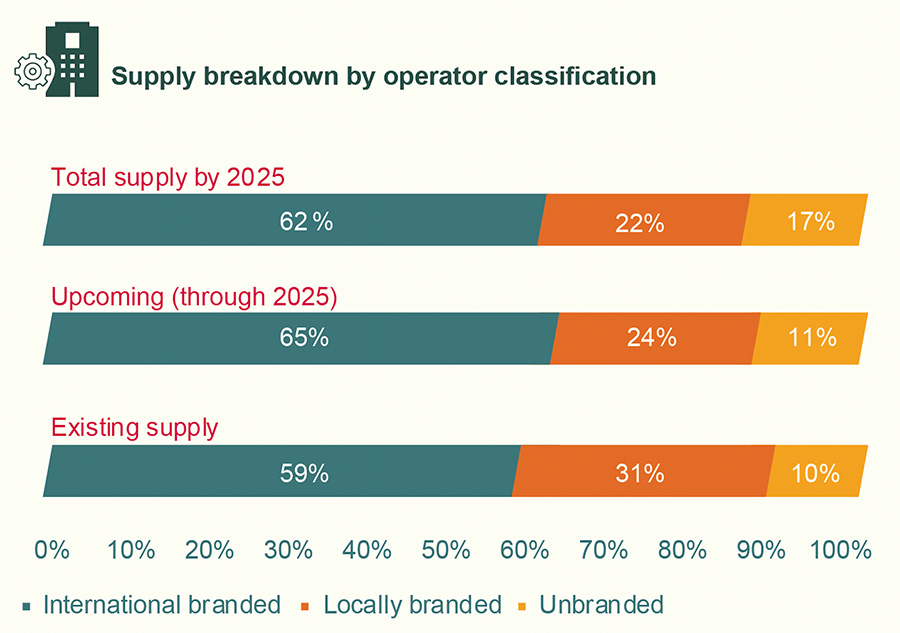 Durrani explained, “Marriott Group will continue to strengthen its position as Qatar’s leading hotel operator, with approximately 8,800 rooms under management by 2025, up 152% from today. Accor and Hilton Hotels & Resorts will complete the top three, together controlling nearly 19,000 rooms, or a third of total hotel keys.

IHG, the current number two in the market, is expected to drop to fourth place, with around 3,500 rooms.

Overall, international operators will claim a larger market share by 2025. Adam Stewart, Head of Qatar at Knight Frank, said: “By the end of 2025, international hoteliers will control 62% of the keys of hotels in Qatar, compared to 59% today. . In reality, it could be even higher, as 17% of rooms are not yet assigned to an operator. »